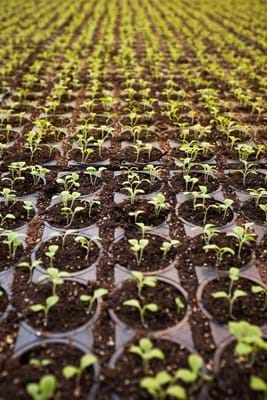 For more than two years now (from 1 July 2016) two key tax incentives have been available for investors considering putting their money behind qualifying start-up businesses — or as the ATO has dubbed them, early stage innovation companies (ESICs).

The incentives provide eligible taxpayers who invest in new shares in an ESIC with:

The maximum tax offset cap doesn't limit the shares that qualify for the modified CGT treatment.

Limits to the tax offset

Tax offsets directly reduce the amount of tax you have to pay, with each dollar of tax offset reducing your tax payable by the same amount. As the early stage investor tax offset is a “non-refundable” tax offset, it can reduce your amount of tax payable to zero, but it cannot result in a tax refund on its own.

ASIC’s rules provide that “sophisticated investors” who meet certain requirements don't have to be provided with a disclosure document, such as a prospectus or product disclosure statement, when being offered shares in a company.

You may be a sophisticated investor if, for example:

A sophisticated investor whose investments qualify for the early stage investor tax incentives is not restricted as to the amount that they can invest in an ESIC in an income year. Note however the cap on the tax offset mentioned above.

If you don't meet the requirements to be a sophisticated investor, there is a limit on the total amount that you can invest to access the tax incentives. This limit is $50,000, and is intended to ensure that the tax incentives don't encourage retail investors to be over-exposed to the risk that is inherent in investing in start-ups.

To qualify for the tax incentives, investors must have bought new shares in a company that meets the requirements of an ESIC. And note that if a company later ceases to be an ESIC, this won't affect the investor's entitlement to the early stage investor tax incentives for the shares.

As far as the vehicle that is invested in, the requirements for a qualifying ESIC include that it is an Australian-incorporated company that satisfies both elements of a two-limb test — these being an “early stage” limb and an “innovation” limb.

Briefly, to satisfy being considered “early stage”, a company must be registered on the Australian Business Register, have had total expenses of $1 million or less and assessable income of $200,000 or less in the previous income year, and have equity interests that are not listed on any stock exchange.

The “innovation” bone fides require that the company satisfies one of three test options. There is a principles-based test in which the company must demonstrate such things as high growth potential, the ability to scale up the business, a focus on commercialisation, demonstrable competitive advantage and other selective principles.

Another option, which can be a more suitable path for many businesses, is a test based on a list of objective criteria, each of which is assigned a certain number of points. The company must satisfy enough of the criteria to make up at least 100 points. The criteria include, but are not limited to, such things as having enforceable rights on an innovation, having a written agreement to co-develop and commercialise an innovation, and having a certain percentage of notional expense deductions for the R&D tax incentive.

The last option is to apply, and receive, a private ruling from the ATO that determines the company is indeed qualified as an early stage innovation company.

Contact us to discuss this incentive in more detail